What Happens If You're Charged With Drug Possession in Arizona? 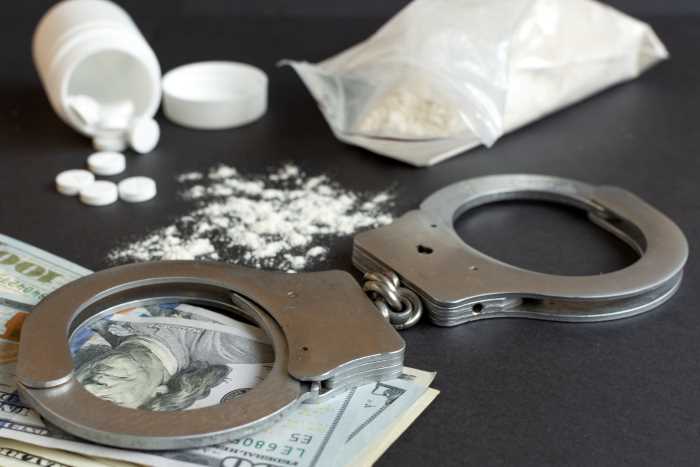 May 9 2020 - The law regarding drug possession is clear and resounding not only in Arizona but in most U.S. states. If you are caught under the influence of drugs or with drugs in your possession, you will be charged with felony drug possession.

The stipulations of the law and corresponding punishment, however, differ from one state to the next. In this article, we explore drug possession in the state of Arizona, so read on to learn more.

Drug possession and sentencing laws are complicated and often depend on a number of factors. Overall, sentencing and conviction are determined by:

So, will you serve jail time if you are found with drugs in your possession? This depends on the above factors, but most of the time the answer is, yes.

Aside from serving actual jail time or probation, you could also face financial penalties. This amount also depends on the above factors and can reach as high as $150,000 per criminal charge.

This is where the expertise of an experienced criminal attorney comes into play, such as Gordon Thompson DUI & Criminal Attorney.

Ultimately, a criminal defense lawyer is your best bet at minimizing the potential sentence and penalties you could face.

Sentencing and conviction options vary under state law. Some of these options include probation and diversion programs - meaning you may not even need to spend real time in jail.

However, this is not the case if your drug possession circumstances exceed Arizona's statutory threshold. If so, jail time is 100% mandatory.

These drug possession threshold amounts include:

If you are caught with any other illegal drug, this threshold amount is usually based on monetary value, which is $1,000 or more.

What If This Is Your First Offense?

If this is the first time you're found with drugs in your possession, this is known as a single offense. In this case, the court is most likely to issue a sentence of probation.

Probation is based on a set of particular conditions. Some of these include the completion of a drug treatment or education program.

Second offenders may also receive a probation sentence. However, serving real jail time could be an included condition.

Bear in mind that more serious drug offenses don't always receive minor probation sentences. If your offense is a class 2 felony, you could very well serve time in prison for a number of years.

Usually, these offenses include heavy narcotics, listed dangerous drugs, or in excess of 2 pounds of marijuana. The possession of methamphetamines will earn a far higher penalty and sentencing, too.

The Sentencing of Multiple Offenses

The reality is the most drug charges in the state of Arizona include multiple offenses. This means that a person is charged with not only drug possession, but drug paraphernalia, the sale of drugs, drug transportation, etc.

When it comes to sentencing, the state offers a scheme based on whether the offense is a first, second, or third offense. Sentencing is also determined by the statutory threshold.

Generally, multiple offenses include a sentence of jail time and high financial penalties.

Facing Drugs as a Parent

If you're the parent of a teenager, it's wise to know a little about drug possession and the consequences your child could face if they ever went down a wayward path. We hope this article has been insightful!

If you're looking for more advice, tips, and tricks, be sure to explore the rest of this website for more.