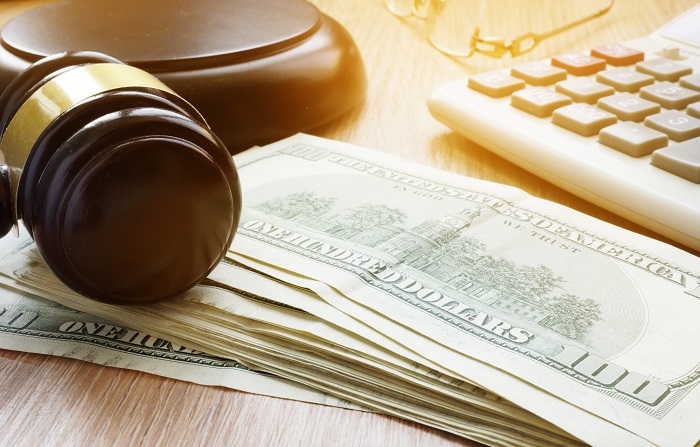 What do you do if your loved one is one of those overwhelming statistics? You try to get an immigration bail bond.

What is an Immigration Bail Bond?

Who handles the arrests and detainment of foreign nationals?

A special organization called U.S. Immigration and Customs Enforcement. This organization is often referred to as ICE.

ICE has the authority to release a person based on personal recognizance. This means a person has made a promise to the court and authorities have chosen to trust their word.

If a person receives personal recognizance, they don't need a bail bond. This can occur in both immigration and criminal cases but aren't often granted.

Most people know what criminal bonds are. Immigration bail bonds are less known. Are they the same thing and can you get a criminal bond for someone held by ICE?

Immigration and criminal bonds are similar in that they serve the same purpose. They each allow for the release of a person from custody until time to appear in court. That is where the similarities end.

The stipulations of receiving each type of bond are different. The promise to appear at all mandatory court hearings is the same.

Some people might need to apply for both a criminal and an immigration bond to be released. This happens when an immigrant is under arrest by ICE for committing a minor crime.

There are four different types of immigration bonds available. Each one has specific requirements. A legal US citizen must get the bonds for the detainee.

The most common type of immigration bond available is a Delivery Bond. This allows for the release of a person until their court hearing. An immigrant can be with family and consult with a lawyer until their court appearance.

The second most common type of bond is a Voluntary Departure Bond. This is when a person says they will voluntarily leave the country within a specified period. The immigrant will be responsible for the costs of deportation under this bond.

The last two bonds are rarely used. They warrant mentioning because they are options under the legislation.

A Public Safety Bond is for illegal aliens who accept public assistance. It ensures the government will be reimbursed if they do.

An Order of Supervision Bond is for aliens who surrender for removal. The bond requires a person to adhere to all conditions set in the order of supervision.

A detainee must also have someone who can get the bond for them. The person obtaining the bond must be a legal US citizen and have the fee required.

Once the bond is granted, the work isn't over. After the immigration bond is received, a person must go to all mandatory court hearings. They should follow any other requirements set out in the bond or they risk being rearrested.

Cost and How to Pay Immigration Bonds

It will always cost something to get an immigration bail bond. The amount is set by either ICE or an immigration judge. There is a set of guidelines used in determining an exact amount for bail.

Authorities will consider several factors when determining the cost of bonds. A few of these include:

The smallest fee for a Delivery Bond is usually $1,500. A departure bond fee usually begins at $500.

A departure bond fee is refundable after a person has made good on their word to leave the country. It may take up to a year to receive the money back.

First, the cost must be set. Then, a friend or family member can file for an immigration bond on behalf of the detainee. There are two ways to pay for a bond.

The first type of bond is a Surety Bond. A loved one of the detainee will work with an authorized immigration bonds agent.

With a Surety Bond, a person will pay fifteen to twenty percent of the total bond cost. In certain circumstances, more money or collateral is necessary.

These funds or possessions are non-refundable. Many people choose these types of bonds because they don't have enough money to pay the costs in full.

Those who do have the ability to pay the full cost upfront can get a Cash Bond. This is when a loved one pays the full cost of the bond. The detainee must also agree to attend all hearings and not flee.

A cash bond can be paid in several ways. Besides cash, people can use money orders, Cashier's checks, U.S. bonds, or U.S. banknotes.

If you still have questions, you can learn more about immigration bond requirements. Knowledge is your most powerful ally when facing your loved one's detainment by ICE.